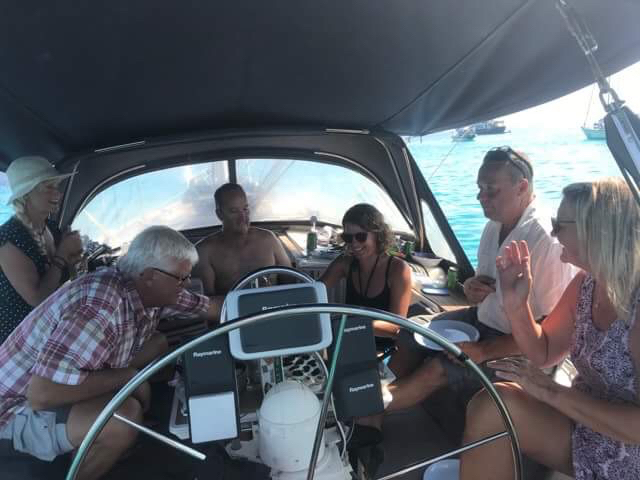 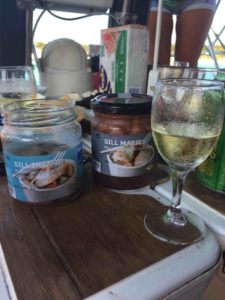 Pickled herring and schnapps: not a combination we’ve tried before!

One of the main purposes of travelling is getting to know other cultures. Funnily enough, the last few weeks we have not experienced so much of the local culture of the Balearics, but instead we have learned a lot of Swedish customs – thanks to our friends on s/y Wilma. One of the most important holidays in Sweden is Midsummer, and this is how we found ourselves on Friday the 22nd of June singing Swedish songs and eating pickled herring.

But before we dive into the festivities, let’s rewind to the day before Midsummer when we crossed from Majorca to Menorca – the Easternmost island of the Balearics.

After 2.5 weeks in Mallorca we were keen to move on to Menorca. Last summer Mallorca was the furthest we got, so it was quite exciting to go to a brand new place. 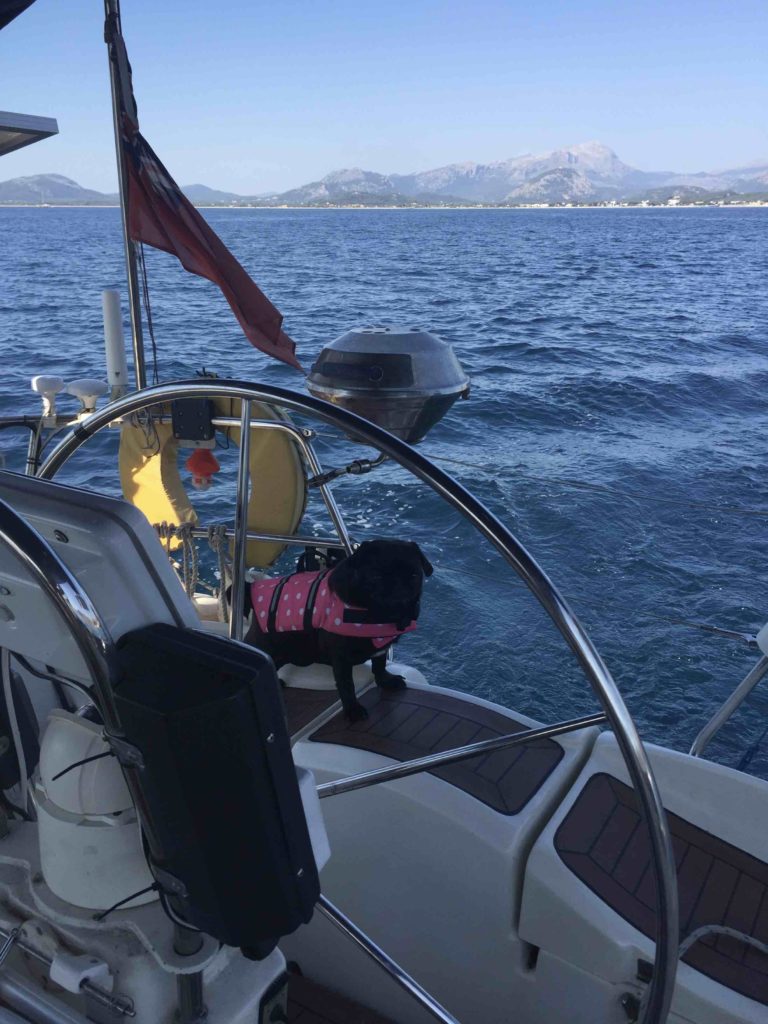 For several days the forecast had been either very little wind, or wind from the wrong direction. So we picked a day with little wind, preparing ourselves for 8 hours or so on the engine. Immediately after leaving the anchorage we had a course of 88 degrees straight to our intended destination. With 4.5 knots of wind we didn’t need to put the engine on full in order to get a decent speed. After 3 hours of motorsailing the wind had even picked up enough to turn the engines off. We were able to sail for 4 hours which was a nice surprise. The sea was very flat, there was hardly any traffic to keep an eye on and even though the line was out, yet again we did not catch any fish, so there was little else to do but just enjoy the ride. 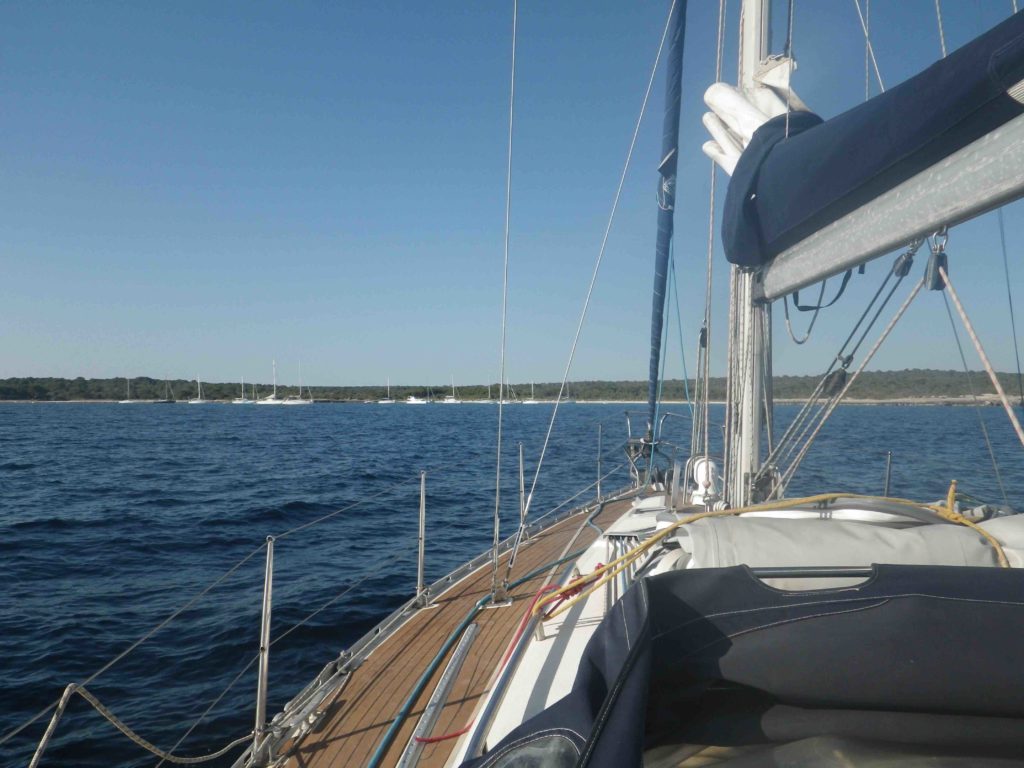 Around 18.30 we arrived in Cala Son Sauro, a reasonably sized cala in the south-west of Menorca. There was quite a lot of space but we noticed that nobody was anchored in the middle, but only on the sides. The reason for this was that the ground in the middle was covered by a seaweed called Posidonia. All over the Balearics you can find this protected seagrass. We had heard and read that they can fine you if you anchor in this weed, so we followed the example of the other boats and anchored on the side. 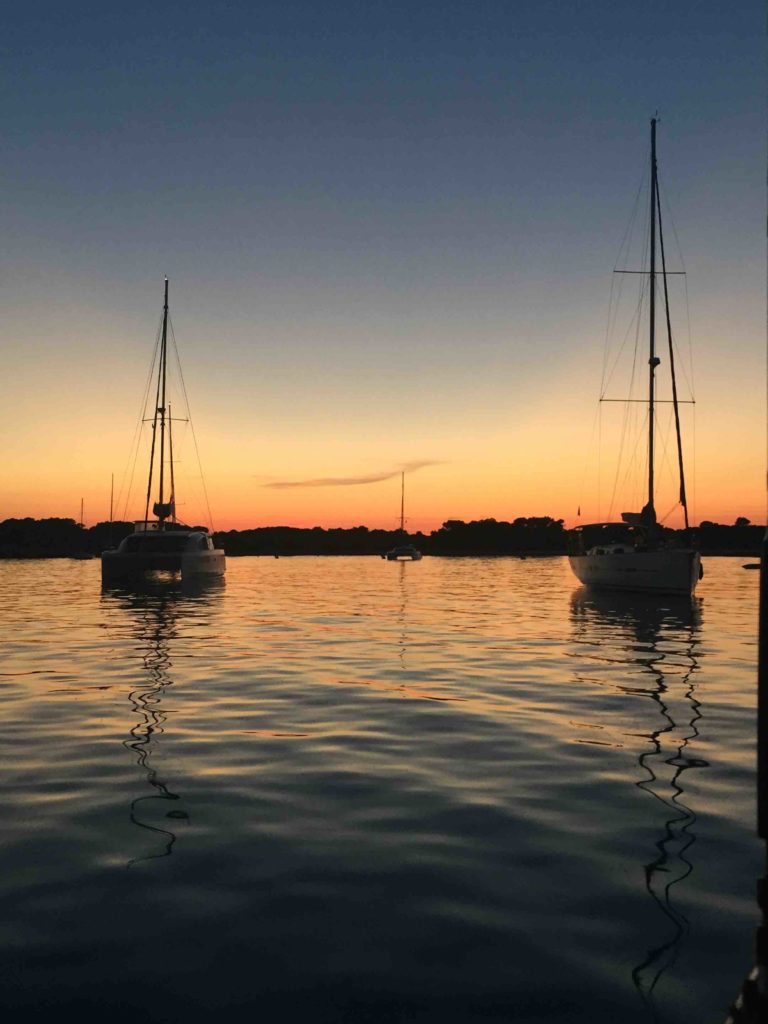 Menorca welcomed us with a stunning sunset

The next day we saw an official government boat checking everybody’s anchor. They don’t immediately fine you though: they give you a warning and as long as you re-anchor in the following hours it’s all good. 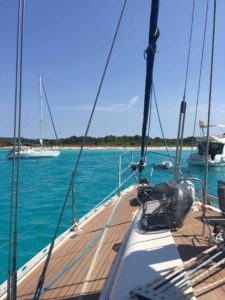 It was quite a busy bay, during the day several tourist boats would tie up to drop off 40 of 50 people who were then picked up again a few hours later. We were quite close to this drop off point so we kept a close eye on these boats. At one point, there was a bit of a crosswind and the captain of the boat managed to drive over the mooring ball. It was made of some hard plastic but got smashed to bits and the pieces were floating off to the sea. Now they had a problem because they could not longer tie up to the mooring ball. The staff (who appeared to be teenagers on a summer job, i.e. not terribly experienced) frantically ran up and down the boat trying to deploy the anchor. Somehow they managed and after all the passengers had disembarked the staff went on a swimming mission to pick up all the floating pieces of plastic.

Although summer solstice is always on the 21st of June, the Swedes like to celebrate Midsummer on a Friday so they can make a long weekend out of it. Midsummer is therefore always celebrated on the Friday between 19 and 25 June. We had gotten in touch with another Swedish boat in Cala Son Sauro, s/y Sally, and between this Swedish couple and Fredrik and Helena on s/y Wilma we were guaranteed to experience a proper Swedish Midsummer food buffet (‘smörgasbord’). 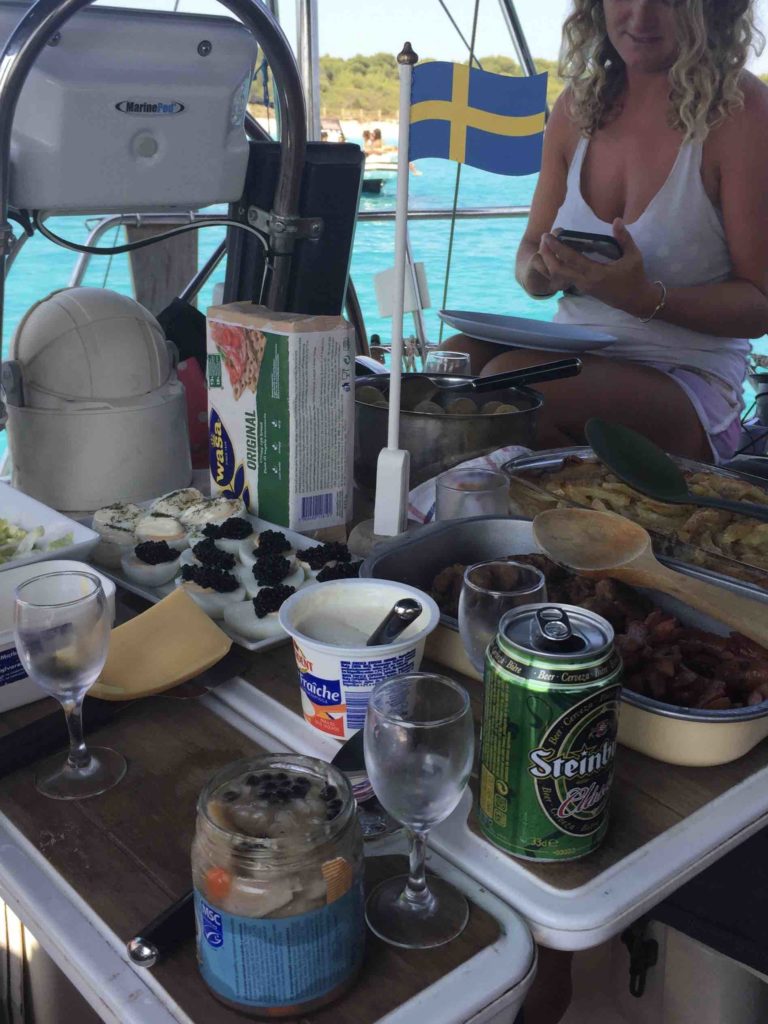 We all gathered on Goodvibes and after the Swedish flag was put on the table and we had received napkins with an image of the Stockholm archipelago, we were instructed on the proceedings: 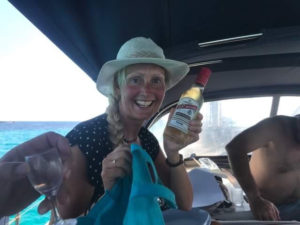 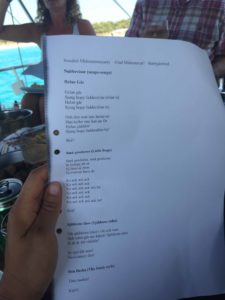 And he who doesn’t take the whole

Doesn’t get the half one either

When the puppies play in the cove and the wind,

and the sun goes down behind Sjöblom’s toilet,

Look up there down now it comes!

We skipped dancing around the maypole, but for landbased Swedes this is also a big part of the tradition. Foodwise there were several tasty dishes which had been prepared earlier that day or purchased many months before and that are typical for Midsummer: 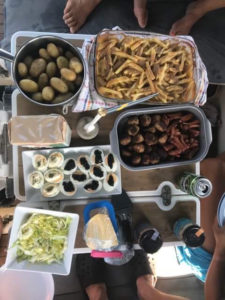 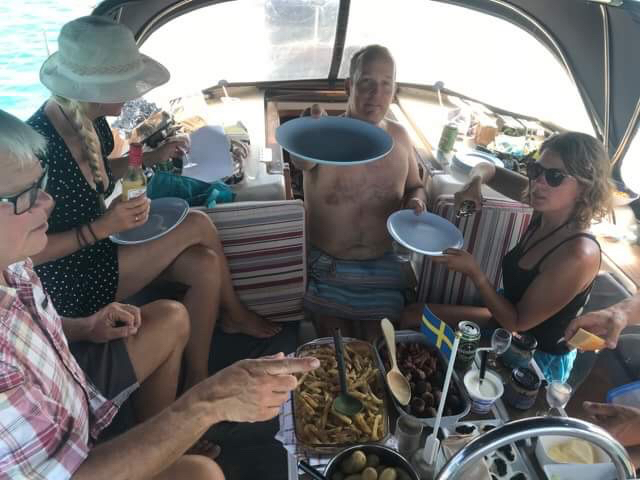 Full of Swedish delicacies and O.P. Anderson and with the tune of ‘Små grodorna’ stuck in our head for days did we eventually all retire to our respective boats.

2 Comments on “Swedish Midsummer in Menorca”